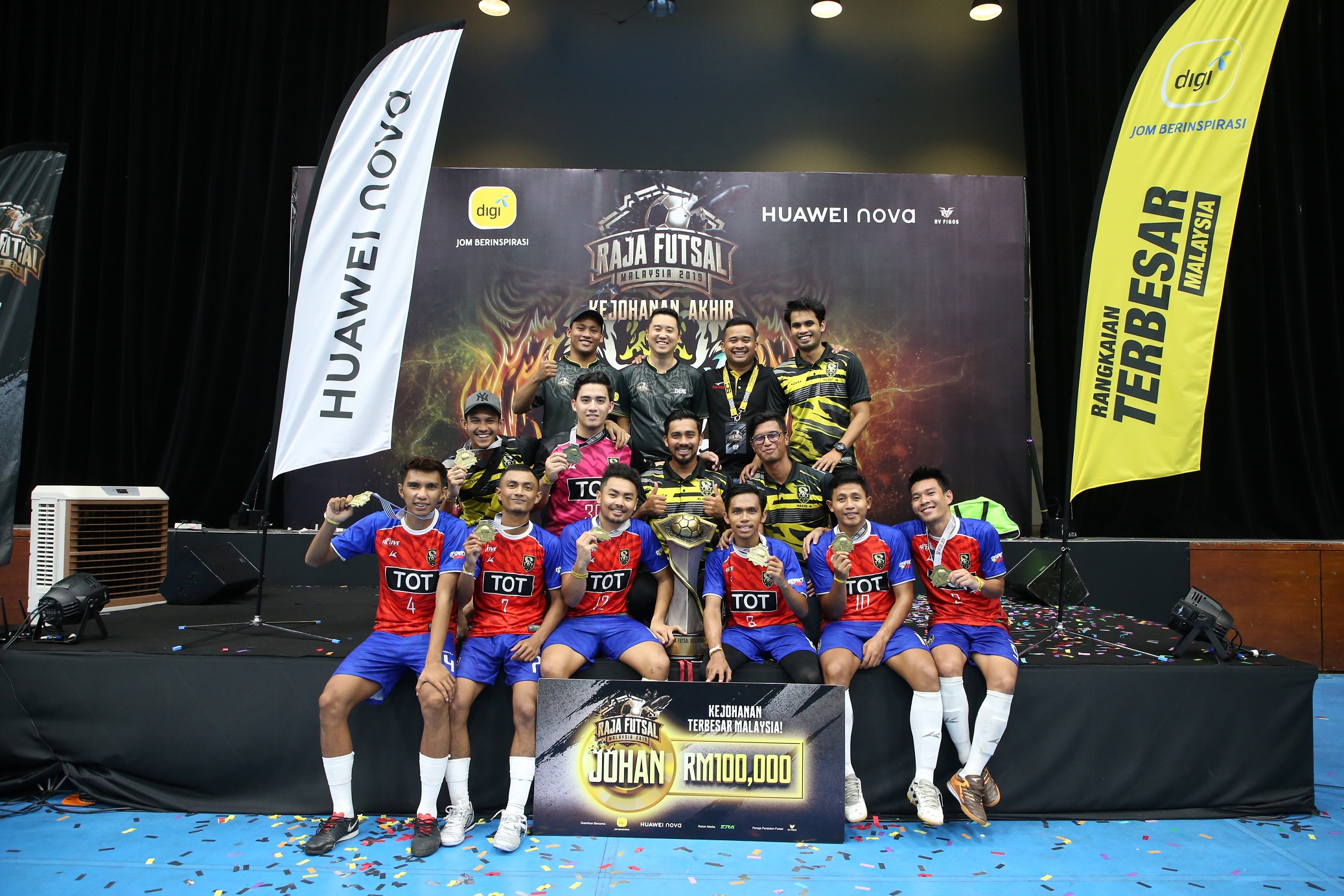 The champions bested 23 others to earn the grand prize of RM100,000

Out of all the teams who left their blood, sweat and tears on the field, TOT United C displayed the most exceptional on-the-court skills to earn their rightful place as grand prize winner, defeating Dani FCA (Central) for the cash prize. Subsequently, Dani FC A walked off the court with the RM20,000cash prize while Ale-Ale FC A (Southern) and Era Vengers MacFC (Era Wildcard Team) were in joint third place and won a cash prize of RM2,500.

Digi’s Head of Consumer Sales, Cheng Weng Hong said, “Raja Futsal is one of the ways Digi continues to connect to our customers, especially the youth through what matters most to them - in this instance through one of Malaysia's favourite sport futsal. We are thoroughly impressed by the enthusiasm and the spirit of sportsmanship shown by everyone during the finale tournament. It was heartening to see Malaysians come together through a popular sport.”

Muhammad Sheqal bin Salim, team captain of TOT United C and Best Player of the day, said, “It was a great achievement for the team because some of us participated last year but did not manage to win. We went through rigorous training to come back stronger than ever and dedicate this win to our team, family and friends.”

The Raja Futsal grand finale saw the crowd celebrating their favourite teams on a day jam-packed with exciting activities including a special coaching clinic for under 15 by football legend Azman Adnan, and special appearance by local female futsal starsIntan Serah and Steffi Sidhu.Visitors also had the chance to rub shoulders with legends like other former national team players K.Gunalanand Mubin Mokhtar, and witness them in action in an exhibition match against Super Lawak FC.

Celebrities Didie Alias, Zizi Kirana and Sham Visa also graced the event to entertain guests and there were engagement booths by partners to offer exciting games, deals and rewards. Besides recharging themselves with sustenanc eat food trucks, visitors had the opportunity to recharge their mobile devices at the mobile device charging zone to keep themselves connected and ready to take on the rest of the day.

The Raja Futsal competition commenced its second installation in August with state qualifiers in a total of 6 different regions,including Sabah and Sarawak. The competition was opened to Malaysians aged 18 to 30 and saw participation from 480teams and over 4000 players.